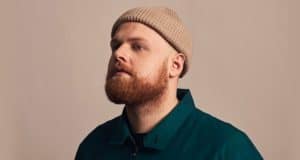 Tom Walker is a Scottish pop/folk singer-songwriter similar to Ed Sheeran who was born in Scotland and grew up near Manchester. He is signed with Sony Music’s Relentless Records and released his debut single “Sun Goes Down” in March 2016. On 19 May 2017 he released an EP, Blessings, through Relentless Records.

His first successful song was “Fly Away with Me” and I definitely recommend you check out the music video for it https://www.youtube.com/watch?v=s5dhDn3R0A0 It’s available on Spotify, Deezer and Google Play Music etc…

His new album “What A Time To Be Alive” is due for release March 1st 2019. Although, “Angels” was released on the 20th September 2018 and I must say it’s perfect just like his previous single “Leave a Light On” also on the album which was a hit in 2018!

There are 13 songs on the new album, 3 of which we’ve already heard but 10 of these are new and haven’t yet been listened to. This is the full list of songs on the new album: Angels, Leave a Light On, Not Giving In, How Can You Sleep?, Now You’re Gone (feat. Zara Larsson), My Way, Blessings, Cry Out, Dominoes, Fade Away, Just You and I, The Show and Walk Alone (feat. Tom Walker).

Blind Mic, or Mike Baines, is a Manchester based grime artist, raised on the mic of underage raves from the age of 16, who has worked with the likes of fellow Manc rappers Kiva Bey and Afro Sam. He has a really clever way of writing rhymes and his lyrics are straight to the point.

He’s written a number of songs and he already has over 100,000 streams on Spotify. His latest single “Meant Well” is available now on all online streaming platforms including: Spotify, Apple Music and Amazon Music.

Love & Retribution is the title of Blind Mics next album being released at the end of 2018. The 11 track album was produced by Legend Zed Bias, composed & written by Mike, and features the finest jazz musicians of Manchester, showcasing his knack for writing strong melodic hooks, intricate arrangements and not forgetting his high energy rap. 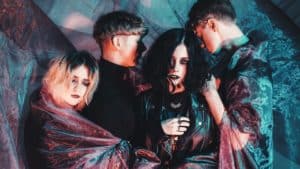 Emily Lockett is a pop/folk singer/songwriter similar to Taylor Swift from Stoke-on-Trent currently studying Artist Development BTEC Level 4 at Access to Music in Manchester. Emily started playing guitar when she was 5 years old and started writing songs when she was just 12 years old.

At a young age, Emily started entering local talent shows and winning prizes whilst also gaining experience playing her own music and developing her songwriting skills.

“Reflection of Me” was highly commended in the National Song Academy Young Songwriter Competition (age 13-18 category)  in 2017 and “Nice Eyes” did the same in 2018.

“Reflections of Me” was released in December 2016, which Emily performed live on BBC Radio Stoke, 6 Towns Radio, Cannock Chase Radio, WCR FM and Moorlands Radio. Emily has also had music played on the Best of British (Unsigned Music) radio show, Stafford FM, CMR Nashville, Keep it Country TV, The Green Room radio show on BRFM (95.6FM) where “Nice Eyes” and “Feel Love” were voted as records of the week and on RadioAirplay.com where “Nice Eyes” was a pick for week 42 of 2017. Emily has also had multiple tracks played on Moorlands Radio’s “The Quiet Revolution” Show, where she was announced one of the top 10 local acts to look out for in 2017.

In 2018, Emily released her second EP called “My Imagination” and won the “Artist of Year 2018 – Peoples Vote” in awards run by British Country Airplay in conjunction with Country Road Radio.

Emily is one of the most down to earth people you’ll ever meet and she is definitely an artist to keep your eyes on!

Paul Silve, the previously 15 year old The Voice Kids finalist from France, is now a 19 year old dance/electronic singer/songwriter living in Manchester known for covering songs on his YouTube channel, which has more than 20,000 subscribers. He also has more than 30,000 followers on Instagram.

His first video, a cover of David Guetta’s “Titanium,” was uploaded in October of 2012 and has received more than 90,000 views. Paul has a lot of experience writing songs as he started at a very young age and when he was just 15 years old was a finalist on the first season of The Voice Kids in France in 2014.

Paul’s latest song is “I Don’t Wanna Wake Up” and is available now on all online streaming platforms including: Spotify, Apple Music and Amazon Music.